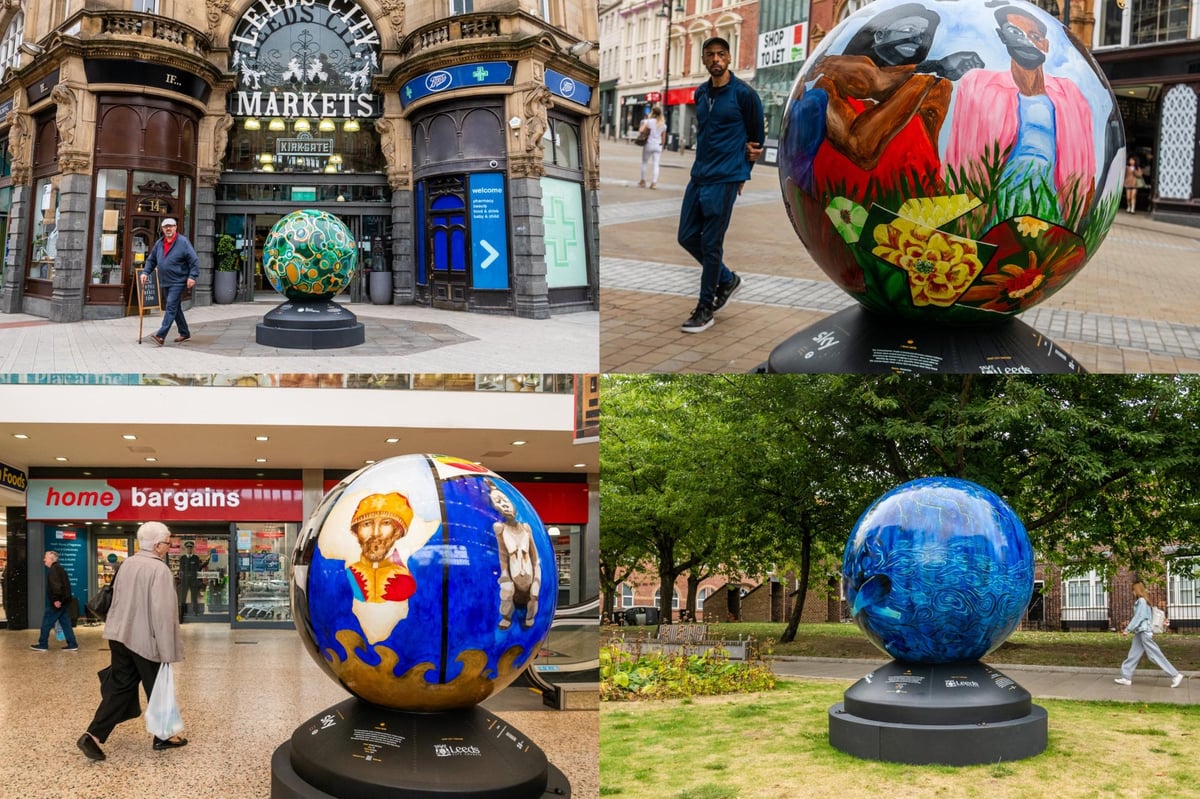 The ten globe sculptures of “The World Reimagined” form a pathway through the city and are meant to inspire people – especially young people – to follow and understand racial justice.

The World Reimagined hopes this project will “help us understand what it means to be British”.

Here’s the story behind each of the globes and where to find them:

1. The Path of the World Reinvented

The 10 globes are part of a trail around Leeds. The first, in Norma Hutchinson Park, Chapeltown, is titled “Mother Africa – Liberation is Now.” This globe is a montage of paintings and drawings that Trinidadian artist Rodell Warner has created. It explores the reality of Africa before, during and after the transatlantic slave trade.

2. “The Reality of Slavery”, Lovell Park

3. ‘Stolen Legacy: The Rebirth of a Nation’, Merrion Center

Exploring the church’s role in slavery and society through biblical references and stained glass, West Yorkshire-based artist and teacher Marcia Brown also hopes to show how Britain was transformed as a result of slavery.

This globe is in honor of the children enslaved on the ship The Enterprise, who fought for their freedom from the United States in a legal battle that broke out. It was designed by Gherdai Hassell, a Bermuda-born artist, writer and storyteller, currently based in Manchester.