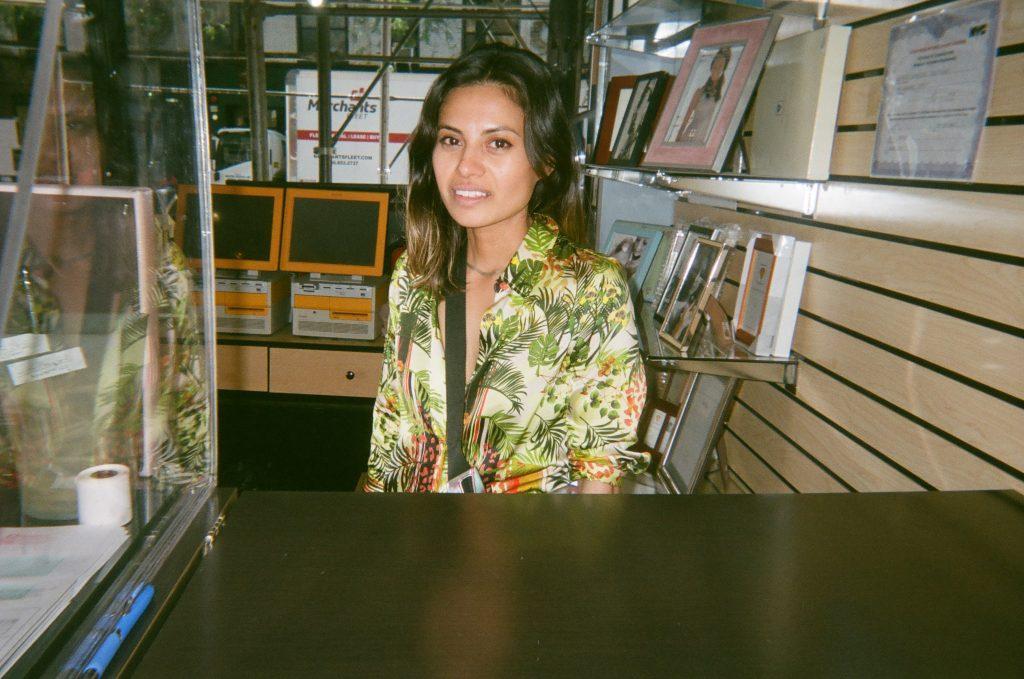 Wet Paint In The Wild: Writer Janelle Zara takes us to G…

Welcome to Wet Paint in the Wild, an extension of Annie Armstrong’s gossip column in which she gives art world insiders a disposable camera so they can give us a glimpse of their corner of the world. crazy industry.

I have long heard of collector Dakis Joannou annual projects of Deste Foundation in Hydra Greece. Jeff Koon was tapped into the challenge a few years ago, which was pushed back from 2021 to 2022 due to the pandemic. All the anticipation led me to believe that I should have boots on the ground for the very rich and sunny affair. Janelle Zara was the obvious choice, and luckily for me, she was able to bring a disposable camera or two with her to the island for Koons’ show, “Apollo.” Without delay…

On the eve of the summer solstice, the ancient inhabitants of Hydra, a Greek island in the Saronic Gulf, gathered to worship the divine sun. Followers of sun worship regarded their golden idol, a two-faced face surrounded by mechanically rotating rays, as their patron god of wealth and prosperity. They shared his image widely and ritually, hoping to raise their own self-esteem.

I am joking. This is actually the opening of “Apollo”, a solo exhibition by Jeff Koons that has been shrouded in secrecy since he announced it in 2019. And at the end of this chaotic dirt road is the space of project of the Deste Foundation based in Athens, a tiny former slaughterhouse, where it has hosted annual summer exhibitions since 2009. I came to cover the opening of the magazine, where you can read a more detailed recap of the exhibition. Meanwhile, in this photo, you might see VIPs carefully sliding down the cliff to the front of the line, and sun worshipers cleaning up on Instagram likes.

Like any decent Greek celebration, the annual opening is a multi-day affair. It starts with a Sunday brunch at the home of Deste founder and super-collector Dakis Joannou in Athens, open to all types of collectors, artists, writers and their +1s (and 2s and 3s). This image is very early in the day; finally, we pack every seat in the house, eating the unlimited supply of fish, lamb, desserts and souvlaki, while a DJ plays music suitable for the wedding. In this photo, if you try, you can make out Maurizio Cattelan eating an ice cream cone next to Massimiliano Gioni.

Before diving into the epic buffet, everyone enters the house through their gallery wing. It’s a heavy hit on Cattelan, Koons and Urs Fischer, who get D- for diversity, but honestly, it’s excellent. It makes me realize that I rarely see personal collections with *personalities*. Dakis and his wife Lietta collect artists who lean on dry humor, and pieces that arouse subversive joys. The living room has a Fischer sculpture of the couple holding even smaller sculptures of the couple, and a Piero Manzoni can under the coffee table. Cattelan’s sculptures of himself rise from the ground, mounted on the walls, lying in bed. The man in the hat in this photo is KAWS.

There’s also a whole investigation of Kaari Upson, the late and beloved LA artist, in the Deste Foundation’s Athens space. I never had the pleasure of knowing her, but what I take away from her work is a dark sense of humor coupled with obsessive emotional inquiry. This piece of 2020 is called , and I think a firework is supposed to go there?

I’m traveling with my partner, painter Joe Reihsen, and we’ve just spent the previous four days watching the sunsets on this terrace in Athens. (Special thanks to artist Despina Stokou for lending us her apartment.)

Here we join a whole traveling crew from my partner’s gallery, The Hole, which includes painter Alex Gardner and his partner Colleen. In Athens, we acclimatize to a different passage of time, where dinners start at 10 p.m. and last non-stop until 1 a.m. We have our own theories about Greek longevity: Not rushing through life makes it last longer.

This is my very good friend Ann Binlot, who is also here to write about the exhibit, and today is her birthday. And that’s Hole director Ray Bulman, who I think might be 6’11”? He’s so tall that when we walk to a bar, he gets there a full day before everyone else, but generously takes advantage of that time to pre-order us a row of martinis. He will later tow Ann around the Mediterranean on a float, so I call her the mother bird of the group. It is a bar that an artist describes aloud as “the Lucian of Athens”.

But back to Koons. I am extremely disappointed with the poor quality of this photo, so please bear with me. Imagine we are in a shiny new auditorium facing a sculpture presented in a huge projection. Koons, Massimiliano Gioni and journalist Farah Nayeri are engaged in a panel discussion on an interesting topic: how exactly did Koons become so famous that, unlike all other living artists, even people in the non-art world know his name? They talk about the universal appeal of lawn ornaments and balloon animals, “generosity”, “acceptance”, and Koons’ many invitations to space. When Nayeri raises the possibility that his fame is due in part to the auction results that made headlines, he replies that it is only due to “the limited quality of the press. It’s easier for them to talk about money […] because writers are too insecure to talk about art. I personally feel attacked.

The day after Sunday brunch, we sail to Hydra. Dakis and his friends travel from Athens on “Guilty”, a famous yacht painted with a Koons design, while the rest of us take the ferry. Reactions to the speech are mixed; whether you think the moderator went too hard or too soft depends on your existing feelings about Jeff Koons. I have always been fascinated by the concept – an artist with immaculate production quality and singular luxury status, and the dazzling brilliance of his sculptures and sales pitch that must have hypnotic appeal. A man sitting behind me tells another that he’s not a huge fan of Koons’ work, but has “deep respect for the man.” He said something like, “Everyone listens to him religiously, like he’s the new Leonardo.” The conversation shifts to a new fund for auction collateral, and he marvels at the uniqueness of US bankruptcy laws: “The US system empowers you to fail until you succeed.

So on to the big reveal: the surprise inside the slaughterhouse is a polychrome sculpture of Apollo with a plastic sheen, as well as a mix of cultural and allegorical references that remind me of the great shipwreck show of Damien Hirst in Venice. I have a longer description at , but basically the old stone slaughterhouse is now a temple with an animatronic snake that’s so real it scares people. The score is made up of lyre music paired with isolated pop vocals, including Britney Spears’ voice that sounds like a worship chant: “I’m Mrs. Lifestyles of the rich and famous / I’m Mrs. Oh my God that Britney is shameless !” (Somewhat similar to 2010 by R. Luke DuBois.)

There’s no press release or origin story, so these Nikes are what you make them.

Outside there are goats, incense and an altar to Duchamp. The cult atmosphere surrounding this work is very real. I’m super disappointed that I don’t have photos of my friends, Ann and Alex Valls, showing up at the reception wearing identical outfits: two Koons-style sun necklaces from souvenir shops and two tunic-style dresses. They look like twin goddesses from ancient Greece and start saying they are part of the cult of Koons.

And, oh, you bet there was a gaze ball.

The reception’s opening night is glorious madness. Everyone is invited, including non-artistic Hydra tourists, locals, families and their children. We eat and drink from the endless souvlaki and wine buffet, and a DJ spins another wedding-appropriate playlist. Photographers and admirers in the crowd swarm with Dakis and Koons like paparazzi. The art world gathers in the open-air bars of Hydra Port, and the atmosphere is extremely friendly, except when I’m on assignment. I tell Cattelan I’m writing about Kaari Upson – he and Gioni presented his work at Dakis in 2015 – and his face lights up. I ask him if he’d like to comment, and he turns and runs in the opposite direction. I ask KAWS if I can take his picture for artnet, and he refuses, and acknowledges that my little chat is looking for sound bites. Until about 4am, a small bar hosts my second favorite kind of dance party, a European-style dissociation for house music in the dark.

The next day, the art world gathers for long, late lunches on the beach at the Four Seasons in Hydra. The man in the hat is Jeffrey Deitch; her go-to beachwear is Nike sportswear. I haven’t decided what I want to write yet.

I’m at a table reflecting on the previous evening with Konstantinos Tsetos of Athens-based gallery Dia Horia, London-based artist Maja Djordjevic and sommelier Giovanna Lykou, pictured here. Of reactions to Koons’ snake, Tsetos says, “What’s fake and what’s real is very hard to tell apart. (I ask this question all the time about the art world in general.) Right now the price of petrol and tomatoes are skyrocketing in Greece, says Lykou, but she thinks it’s nice to see a growing number of Greeks from the non-artistic world. come to events. When she was a trainee at Deste in 2009, it attracted a more focused and rarefied audience. She has since gone from art to the more lucrative career of beverage consulting.

I meet Dakis and Koons on a friendly walk. I feel like they only want to answer one question, and I just used it to ask for that photo. :/

Our friend Jess Hodin (not pictured), who works at Frieze, rents a boat for the day. But because it’s important to combine business with pleasure, I take my computer on board.

Here is Alex on a motorboat towards sunset on the longest day of the year. Drake’s new album sounds oddly perfect for that. Jellyfish are out in force, another consequence of climate change. The night before, a friend of ours learned some good news the hard way: you can alleviate a jellyfish sting with baking soda instead of urine. I miss our farewell dinner that night as I finish my article.

And like all good things, our story comes to an end. At 7 a.m. on Tuesday morning, the donkeys carry the Rimowa suitcases to the port of a car-free island, and the ferry arrives to take the sun worshippers. They turn back to the island to say goodbye to the divine sun perched above the slaughterhouse and eagerly await their return.

Marta Aponte: The Puerto Rican writer who tells the Caribbean beyond stereotypes