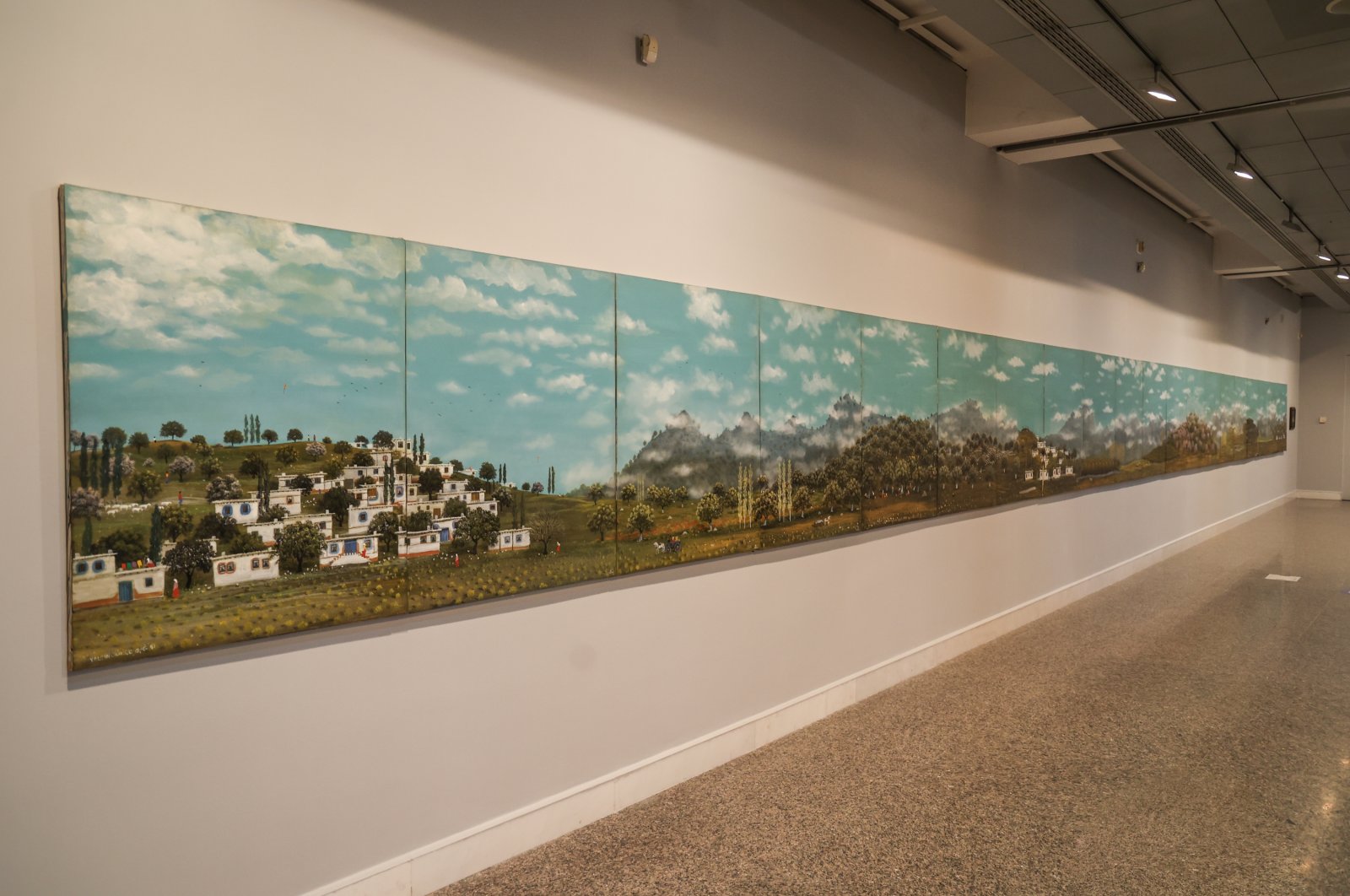 The exhibition of painter Yalçın Gökçebağ titled “The Past Lasts Long” opened at Istanbul’s Kibele Art Gallery on April 26. The retrospective exhibition, which presents works by the artist from different periods, will continue until July 23.

Gökçebağ had the opportunity to observe Anatolian life, people and nature while teaching in different places in Turkey for years. Although the artist has worked as a lecturer in the fine arts department of the Middle East Technical University (METU) since 1990, his observations of the Anatolian land have always had a lasting effect on his art.

Gökçebağ takes viewers on a magical journey through his canvases as he absorbs the beauty he has witnessed. He entrusts a cultural heritage to future generations by combining endangered rural life with the power of his art in the works he has produced throughout his artistic life of more than 60 years.

Writer and curator Ibrahim Karaoğlu describes Gökçebağ’s art: “His journey in each painting dates back to his childhood. His childhood is his compass against the misfortune imposed by modern cities that eclipse the paradise of childhood which has been enriched by the diversity of different forms of life. In each of his canvases, the roads wander in the footsteps of the past, in old sounds, colors, nuances and memories. His memories and dreams intertwine in his paintings. He reconstructs the magical paradise of his childhood.

Keep up to date with what is happening in Turkey, in its region and in the world.