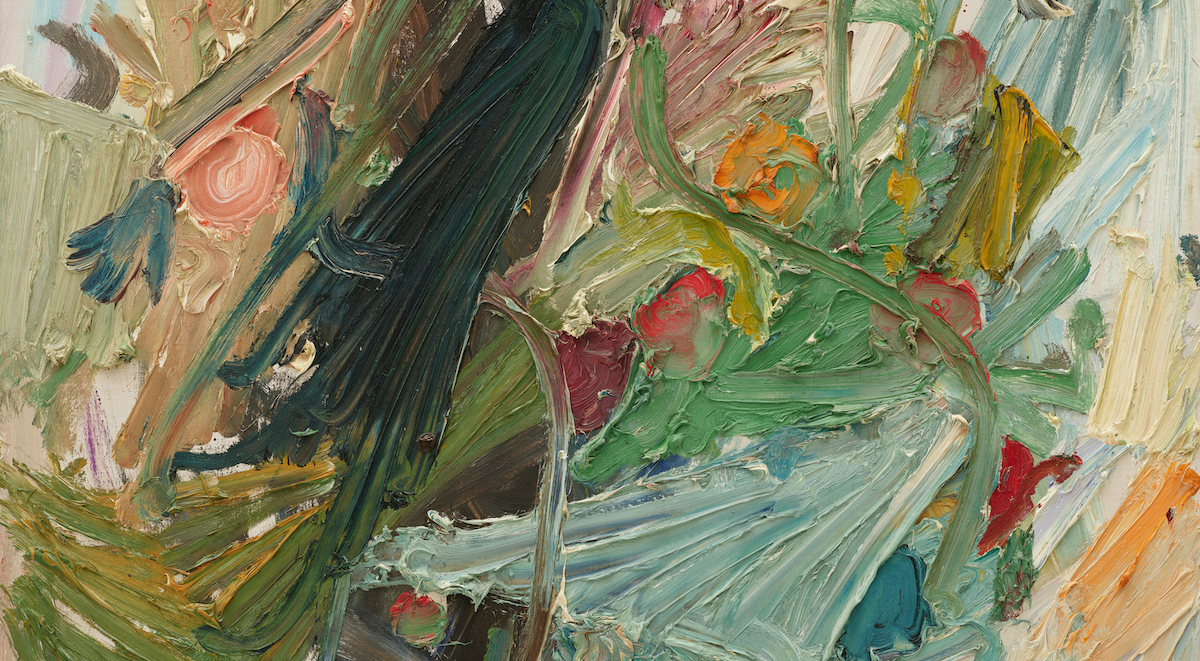 How Iranian-born artist Manoucher Yektai – a narrative poet and still life painter who died in 2019 at the age of 98 – found himself in American Abstract Expressionism and its subspecies, dubbed “painting action”?

The answers to this question emerge in the biographical and critical essays of Manoucher Yektai (Karma Publications, 2022). Its contributors wrestle awkwardly with these counterproductive art history labels while setting the record straight on the critically acclaimed Iranian-American poet and painter among the New York avant-garde of the 1950s. – Harold Rosenberg was a fan, as was Mark Rothko – before Yektai slipped from favor, though he continued to write poetry and paint well into this century.

Featuring hundreds of color reproductions of Yektai’s work (he traded almost entirely in oil paint on canvas) as well as personal photographs from a long life, Karma’s catalog reveals a painter with a distinctively refined style. over 70 years of disciplined production. His characteristics are deeply saturated colors, hyperactive impasto (often applied with a trowel and even a whip), and an all-over picture plane – he regularly painted standing on canvases laid on the ground, producing the illusion of aerial perspectives on imagery. He applied these strategies to an early phase of pure abstraction, then to dynamic semi-abstract still lifes, further developing this repertoire to include portraiture, interiors and landscapes.

Occasioned by last fall’s formidable retrospective on Yektai at the Karma Gallery – as well as a representative work, “Tomato Plant” (1959), exhibited throughout this year at SFMOMA – this new catalog adds fuel to the renewal posthumous of the artist. “Tomato Plant” exemplifies how Yektai has perfected a deceptively naive technique that yields an aesthetic with a doubling effect: his paintings convey both manic immediacy and expressive nuance.

As is the case with Yektai’s explicitly figurative paintings, the viewer can read “Tomato Plant” as a visual poem communicated through self-contained calligraphic and multi-toned greens, blues and whites. At the same time, his horizontal and vertical brushstroke maps plant textures and unruly growth – sunlight, stems, leaves and fruit staged in spontaneous ecological interaction.

How did Yektai achieve this reconciliation between realism and abstraction? According to the biographical accounts in the catalog, he was born in 1921 into an upper-middle-class landowner family in Tehran, and in the early 1940s studied art at the Western-influenced Academy of Fine Arts. of the city, completing this training with the cubist Amédée. Ozenfant at the School of Fine Arts in Paris. In 1945, he and his first wife, painter Monir Shahroudy Farmanfarmaian, landed in New York via California – decades before subsequent waves of Iranian immigration to the United States. And although Yektai returned to France for short periods of study, his roots in New York were deepened through classes at the Art Students League and exhibitions at Grace Borgenicht Gallery and Poindexter Gallery (helped through presentations by his Woodstock-based mentor, Milton Avery).

As a painter who wrote poetry in his native Farsi, he appears cataloged both inside and outside New York’s postwar cultural milieu. In fact, although his intense and dense applications of paint reflect the uninhibited theatricality of American gestural abstraction, his art incorporates so many cross-cultural influences that it defies such critical categorization. By his own admission, his vibrant palette owes much to the long tradition of miniature painting – particularly the Timurid-era Persian artist Kamal al-Din Behzad – but Yektai’s lyrical warmth seems inspired by French Fauvist and feverish chromatic interior scenes by Pierre Bonnard.

So while Yektai enjoyed the attention of the New York scene, he was, we learn, aloof to “arrogance” and unresponsive to their compulsive demand for novelty. Like many of his contemporaries, he fell out of favor as pop and minimalism dominated in the mid to late 1960s. His adaptable and ever-changing New York counterpart, Larry Rivers, once asked the taciturn Yektai s he could one day break away from still life and paint, say, an airplane. Echoing Cézanne’s boast that he would “amaze Paris with an apple”, Yektai retorted, “I want to paint an apple until it flies!” as if to underline the extent to which the modern still life aims to capture the interaction between the subject who sees and the object seen hurriedly in the moment of its apprehension.

But such ingrained aspiration is ill-suited to a market easily influenced by flash and fads. Stating that “styles don’t make sense”, Yektai – buoyed in large part by a second marriage to the daughter of a Greek shipping tycoon – relocated to Long Island’s East End, where he continued to work in relative obscurity for half a century. In fact, prior to Karma’s 2021 show, her work hadn’t appeared in a solo show in Manhattan in four decades.

However, its history is local and overall. The fact that Yektai remains well known in his native Iran as a published poet and painter adds a compelling plot twist to the book. Unable to focus on poetry and painting at the same time, he took months and years from one vocation to attend to the other. According to the book’s contributors, this creative bifurcation produces two Yektais in a way: the stateless and anti-historical modernist painter and the poet writing narrative verses exclusively in Farsi, attentive to the traditions and social and political currents of Iran.

Although some of his poems have been translated into English, his opus, the book-length falgoosh (originally published in Iran in 1970), was a decade-long project that attracted a significant readership in his native country. Taking its title from a Farsi name for a ritual of seeking personal omens by listening to strangers, the poem is described as being built on “Persian and medieval idiomatic poetic syntax”. His narrative turns urban eavesdropping into an opportunity for confused Iranian men to glean their futures – mostly in vain and alternately with “absurd humour” – within an Iran pulled in contradictory directions by modernity. .

As Iran’s Islamic Revolution shook the world, Yektai remained firmly rooted in the United States. And although the catalog includes his 1961 commissioned portrait of the Shah, he never returned to Iran apart from brief one-off visits in pre-revolution times. Accordingly, establishing meaningful thematic or semantic connections between his poetry and his painting will require the critical work of an unlikely scholar fluent in Farsi, educated in Persian poetic forms, and familiar with Euro-American modernism.

For now, it’s worth deflecting Yektai’s work from the jaw-dropping rhetoric of cultural stories. Instead, we could understand the artist’s paintings as a form of non-verbal and universal poetry. The paintings are composed through a formalistic and syntactic structure; each cultivates the intimate disclosure of its objects and persons, as occurs in lyrical verse. Their extreme angles and their jumping perpendiculars find their counterpoint in curved contours, chosen from natural settings, and from domestic objects – fruits and cakes, curtains and coffee pots, windows and roses. Negative spaces invite reflective pauses amid otherwise compacted images. Like the spontaneous yet precise language of a poem, Yektai’s action paintings draw voluminous meanings from an impossible stillness.

Manoucher Yektai (2022) is published by Karmic Posts and is available online.

Pioneer painter of Islamic Impressionism with an eye for the universal