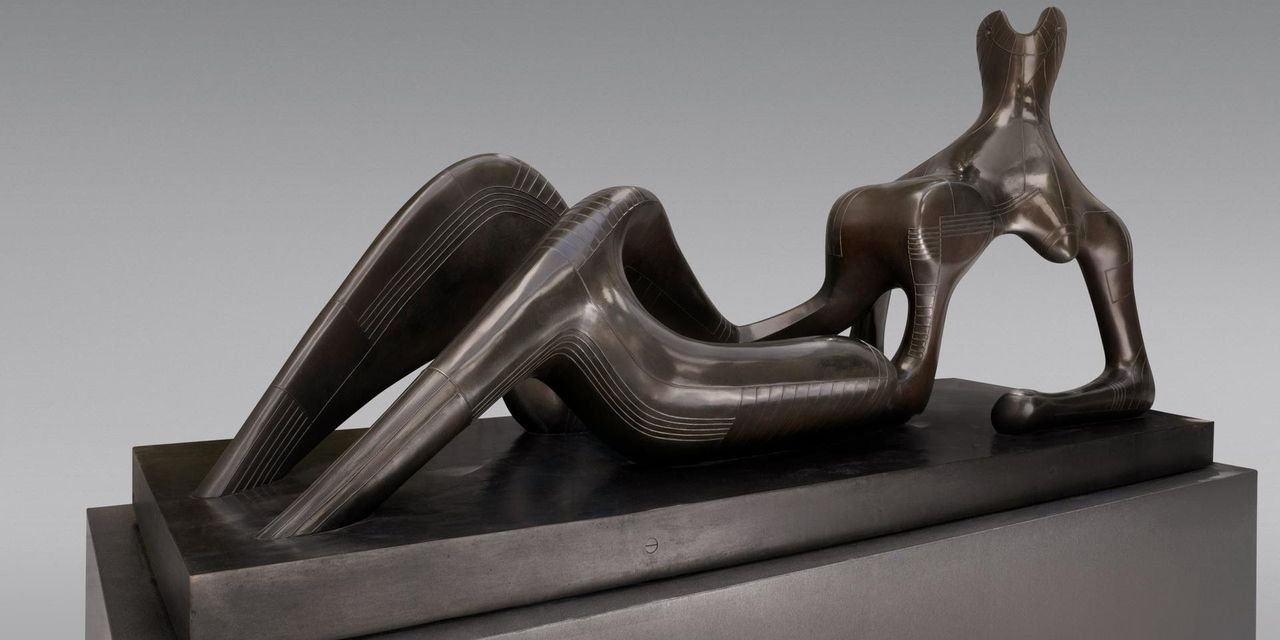 Sculptures by Henry Moore, Jeff Koons and Charles Ray will be auctioned


Three important sculptures by famed artists Henry Moore, Jeff Koons and Charles Ray will be auctioned in November, with prices ranging from US$3 million to US$30 million.

by Moore Reclining character: Festivalfirst unveiled at the 1951 Festival of Britain, will debut at auction at Sotheby’s in New York on November 14. With an estimate of over $30 million, it is set to become the most expensive British sculpture ever sold and set an auction record for the artist, according to Sotheby’s.

The artist’s current auction record is held by another edition of Lying figuresold for £24.7 million (about $28 million) in 2016 at Christie’s.

The sculpture was commissioned by the Arts Council of Britain and remained in Moore’s family for decades before being acquired by the anonymous consignor in 2001, according to Sotheby’s.

Reclining character: Festival is “Moore’s defining work and one of the most sought after by collectors worldwide,” Simon Stock, senior director of impressionist and modern art at Sotheby’s Europe, said in a statement. “This work remains as provocative today as it was when first exhibited nearly 70 years ago and continues to inspire generations of artists.”

At Christie’s, a pair of sculptures by Koons and Ray from a European private collection will highlight its 21st Century Evening Sale on November 17.

Koon’ Jim Beam–JB Turner train, inspired by a novelty object produced by the Jim Beam company to sell whisky, marks the artist’s first forays into polished steel. Its estimate is between 15 and 20 million US dollars.

The sculpture was created the same year as Koons’ shiny stainless steel rabbit, which sold for $91.1 million at Christie’s, then an auction record for any work by a living artist.

Rays Revolution Counter-Revolution (1990-2010) is what Christie’s describes as “a contradictory carousel”, where the horses and the platform move in different directions. It is expected to sell for US$3-5 million.

Sharing everyday references, these two works “offer a subtle but powerful commentary on commodification, our perception of reality and the fracture within our collective cultural consciousness,” said Isabella Lauria, head of the 21st’s evening sale. century at Christie, in a press release.

Another highlight of Christie’s evening sale on November 17 is a large-scale canvas by Willem de Kooning, Untitled IIIestimated at around $35 million.

Earlier, Sotheby’s announced it would offer three Kooning paintings of his family members worth a combined $50 million at its November sale in New York.