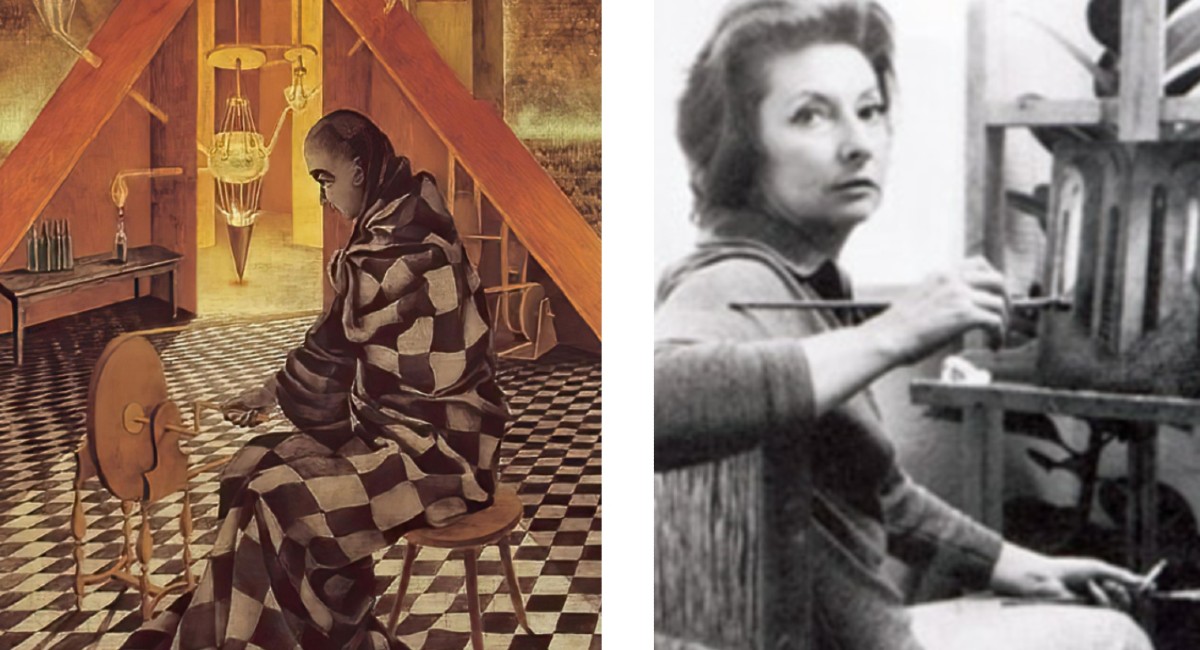 The artist who captured the “fairy tales of the unconscious” went into exile in Mexico, where she presented her first exhibition in 1955.

Mexico is a country full of art and history not only for the legacy and talent of its creators, but also for the fact that several artists such as Remedios Varo and Leonora Carrington went into exile in the country and had the opportunity to make themselves known and create their most important works of their career.

Remedios Varo, became one of the greatest exponents of surrealism with her friend Leonora, with whom her pieces are sometimes confused because of the magic and mystical touch they both gave them.

Since then she never gave up her dream of becoming a great plastic artist and at the age of 15 she entered the Royal Academy of Fine Arts of San Fernando, from which she graduated in 1930 with a diploma which then allows him to teach drawing. At that time, she had the opportunity to meet other artists such as Dalí and García Lorca.

In 1930 she moved to Barcelona, ​​where she began to explore the scene of surrealism, and in 1933 she married her classmate Gerardo Lizárraga in the church of San Vicente de San Sebastián. Both moved to Paris, but later divorced in 1935.

In 1936 she met the poet Benjamin Péret, with whom she had a relationship and married on May 10, 1946 in Cholula, Puebla, and soon after she continued to enter the surreal world thanks to her meeting with André Bretón .

The Spanish painter fled France and settled in Mexico in 1940. There she devoted herself to advertising and art restoration while befriending other artists such as Frida Kahlo, Diego Rivera, Leonora Carrington, Octavio Paz, Wolfgang Paalen and Gordon Onslow Ford.

In 1955, she presented her first exhibition and three years later, in 1958, she won first place in the first Women’s Plastic Arts Salon at the Excelsior Galleries.

Although she remained in Mexico for the rest of her life, she never became a naturalized citizen as her partner Leonora Carrington did.

His works and psychoanalysis

After her marriage to the Austrian Walter Gruen in 1952, he convinced her to devote herself solely to painting, which she did. In his pieces, Varo captured his taste for mystical and psychoanalytical themes inspired by Sigmund Freud, Carl Jung and Alfred Adler.

Even directly in the name of his works you can see the influence like in ‘The Alchemist’, or ‘Woman Leaving the Psychoanalyst’ from 1960, in which he even mentioned that the supposed psychoanalyst in his work was called Dr. FJA, by the initials of Freud, Jung and Adler.

Remedios Varo gave a unique twist to his surrealist style by depicting mostly human figures in a dreamlike, dreamlike atmosphere.

In 1958 she painted ‘Papilla estelar’, one of the artist’s most significant and representative works, in which a woman is seen seated feeding a crescent moon in a cage.

How to distinguish the works of Remedios Varo and Leonora Carrington?

Both artists had the same surrealist influence, so it was common to confuse their works, however, each had their own twist.

The Spanish artist used to use oil on masonite, which sculpted the colors on paper laid on a rough surface. As for colors, she used to use a palette with earth colors like golds, browns and ochres.

How did Remedios Varo die?

Remedios Varo died at the age of 54 on October 8, 1963 in Mexico City from a heart attack. His last painting was ‘Naturaleza muerta resucitado’ and the sketch of ‘Música del bosque’.