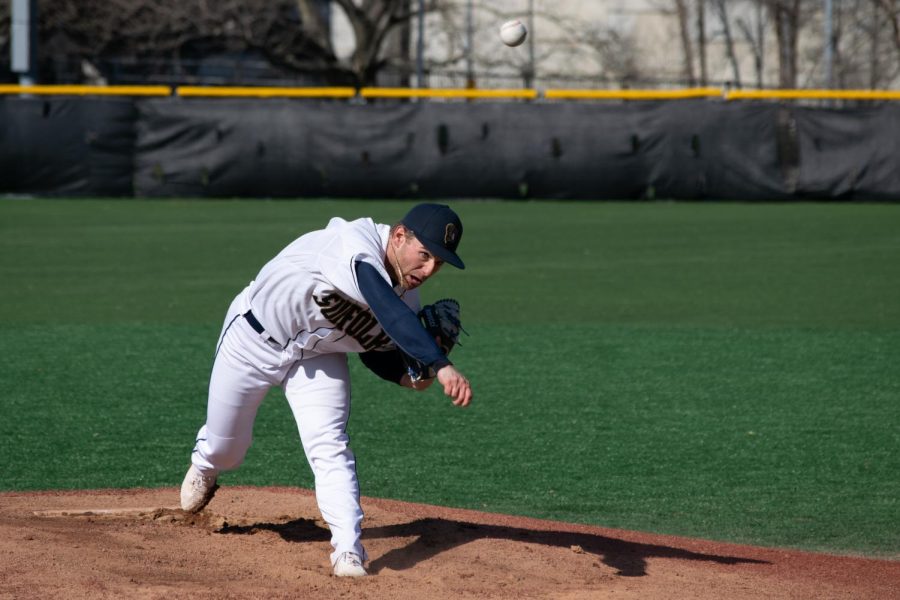 Reiser, Painter win Rookie and Player of the Week – The Suffolk Journal

Newcomers to Suffolk University baseball are already starting to impress, as two freshmen, pitcher Nick Reiser and designated hitter Harry Painter, were named Commonwealth Rookie of the Week and Player of the Week Coast Conference in their first full week of the Championship. Painter was also named Aries of the Week by Suffolk Athletics.

With Reiser’s Rookie of the Week win and Painter’s Player of the Week win, the two earned the first weekly awards of their college baseball careers. But both players would rather maintain a team attitude than focus on their own personal achievements.

Painter, who first transferred to Suffolk from UMass Lowell this year as a right-handed pitcher, switched to designated hitter after a slow start to the season.

He was also a pitcher-only at UMass, so he said he stopped hitting for a while after high school.

“Early last summer, I spent a lot of hours hitting the nets with my dad, some high school teammates back home, as well as my high school head coach just to pick up the rhythm of hitting since that it’s been so long since I’ve done it in a game,” Painter said.

Despite the slow start to his Suffolk baseball career when it comes to pitching, Painter still wants to pitch again down the line. But that doesn’t mean he’s given up on hitting either.

In fact, he said he focused so much on hitting and recovering his momentum that his pitch took a hit.

“I kind of put it on the back burner thinking it would still be there, but now I have to get back to work and pitch well,” Painter said. “I punched and threw all through high school, so I know I can do it. It’s just a matter of smoothing things out mechanically and I’ll get there.

Despite the change in position, Painter broke out as a hitter early in the season, earning Player of the Week honors after having eight hits in three games and batting in six runs while scoring five runs on his own. .

Reiser won Rookie of the Week after pitching seven innings in an 8-2 win over Curry College.

“I’m just happy that this match went the way it did. I think we hit really well and it was one of our cleanest games,” Reiser said. “I was happy to be part of it because we played a good game from the first to the last pitch.”

Reiser struck out five batters in the contest, and only one of Curry College’s two runs was held against Reiser as an earned run.

“I want to continue to be the guy Coach Del Prete can call on on big opportunities to help the team win the most, or be the guy who’s going to go out there and keep us in a game,” said Reiser.

Reiser credits the culture of the Suffolk baseball team with helping him improve during his short time playing for college.

“Everyone on the team is so supportive and definitely there for each other when things go your way or when they don’t go your way,” Reiser said. “It’s a great vibe to be a part of.”

Reiser and Painter are the first Suffolk baseball players to earn weekly CCC awards since Suffolk joined the CCC ahead of the 2020-21 season.

Cassi Namoda changes what it means to be a painter