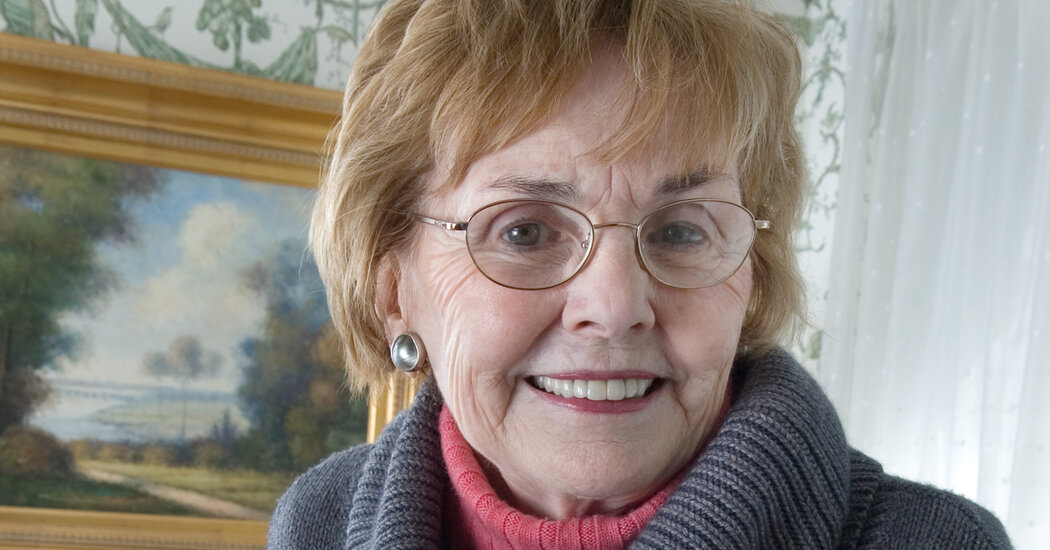 Patricia Reilly Giff, a prolific children’s author whose work was driven by the idea that remarkable stories could be drawn from the lives of ordinary people, died on June 22 at her home in Trumbull, Connecticut. She was 86 years old.

The cause was cancer, said her daughter, Alice O’Meara.

Ms Giff, who didn’t start writing until she was 40, rose to prominence with the Polk Street School series – 14 illustrated books, published from 1984 to 1990, about the antics and struggles of second year learning from Ms. Rooney’s school. Classroom. The books were inspired by Ms. Giff’s experience as a reading teacher.

Two of his last books – “Lily’s Crossing” (1997) and “Pictures of Hollis Woods” (2002) – won him the Newbery Honors, significant recognition for children’s literature.

Ms Giff said she focused on writing stories “that say ordinary people are special”. In total, she has written over 100 books for young readers, ranging from humor to history.

His books for intermediate readers treated historical events with sensitivity. â€œNory Ryan’s Songâ€ (2000) tells the story of a girl who helps her family endure the potato famine of 1845 in Ireland. “Lily’s Crossing,” set during World War II, tells the story of a young girl from New York and a Hungarian refugee named Albert who navigate the effects of war together on the American home front.

Others have tackled social issues. “Pictures of Hollis Woods”, for example, is about a 12-year-old girl, abandoned as a baby, who is being taken into a foster care system.

Ms Giff, whose husband was a NYPD detective, began writing for children in the mid-1970s.

â€œI was 40 and had never written before,â€ she told the New York Times in 1998. â€œI had three children and a husband who had a job where the hours were unbelievable. So I got up an hour earlier each morning and forced myself to do it.

Her first writing space was a desk in a closet, she told The Mini Page, a children’s book publication.

After 20 years in the classroom, Ms Giff quit teaching and continued to write full time in 1984, after 10 of her books were published.

Patricia Jeanne Reilly was born on April 26, 1935 in Brooklyn. His father, William Reilly, became an inspector with the New York Police Department. Her mother, Alice (Tiernan) Reilly, was a housewife. The family, which included Patricia’s three siblings, lived in the St. Albans section of Queens.

Patricia grew up being an avid reader whose favorite books included “Little Women” by Louisa May Alcott and “The Secret Garden” by Frances Hodgson Burnett. She received a BA in History from Marymount College in Manhattan and continued her education at St. John’s University for a Masters in History and later at Hofstra University for a Professional Diploma in Reading.

She married James Giff, a World War II veteran before joining the police, in 1959. The couple had three children. Mr. Giff passed away in 2017 and their son James passed away in 2016. Along with Mrs. O’Meara, Mrs. Giff is survived by another son, William; seven grandchildren; three great-grandchildren; and her sister, Anne Reilly Eisele.

In writing her stories, Ms. Giff has sometimes drawn inspiration from her family and students for material, including names and personality traits. Her daughter, for example, was the basis of Emily Arrow’s character in the Polk Street School series, and Ms. Giff borrowed lyrics from her grandchildren to engage in dialogue.

The Giff house was filled with books, Ms O’Meara said. She especially cherished the memory of summer days at their country home in upstate New York, when she and her mother boarded a rowboat with soda Tab and chips, books in tow and spent their day reading on the water.

Even after publishing dozens of books, Ms Giff said in the 1998 interview, she still felt there was a lot to write about. Her most easily accessible subject, she found, was her own life.

“You really have to get a feel for your own childhood, to have a distinct remembrance of what it was like to be a child in order to write for a child without being patronizing,” she said.

A gifted writer returns with an extremely poignant novel