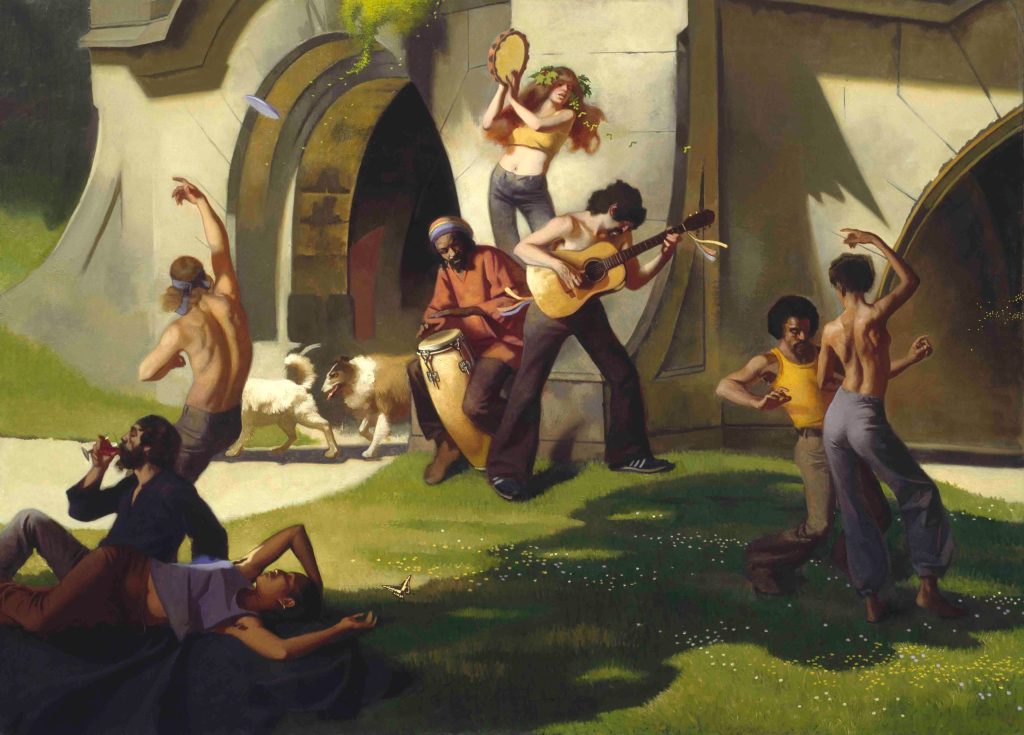 To get Morning Links delivered to your inbox every weekday, sign up for our Breakfast with ARTnews newsletter.

ARTIST HARVEY DINNERSTEIN, whose closely observed paintings depicted members of the civil rights movement and provided insight into daily life in his native New York, died aged 94the New York Times reports. As an artist in his twenties, Dinnerstein went with his friend Burt Silverman to commemorate the Montgomery bus boycott of 1956, “capturing the religious gatherings and services and the lives of people surviving without city buses”, Richard Sandomir written in the Time. He also documented the campaign of the poor in Washington, DC, in 1968, for Squire. Dinnerstein taught at the Art Students League for four decades, until the pandemic in 2020. He was “still working until the day before he died”, Harrison Smith reports in the Washington Post; the artist’s niece say it Job that he drew “on the back of the envelopes, everything that came to hand”.

STATION COLLECTION. For many years, casinos have been collecting and displaying works of art. The MGM in Las Vegas dump some of his picasso paintings last year to diversify his collection, and the Associated press note that the Hard Rock in Atlantic City just opened an immersive Van Gogh To display. An art historian involved in the project told the press service: ‘The whole point of an experience like this is to bring people in.’ Hoping that an adventurous gambling den will consider doing a working demo in Duchampwho claimed to have devised a system to profit at roulette Monte Carlo Casinoa method he called “delicious monotony without the slightest emotion.” In other hospitality news, Curly co-founder Matthew Slotover is a partner in the future Fort Road Hotel in Margate, England, the art diary reports.

A French court has dismissed a lawsuit brought by the wax sculptor who made many Maurizio Cattelanhis carvings. He argued that the wax expert should be named the works’ “sole author” and receive some 6 million euros (about $6.08 million) in compensation. The lawyers for Cattelan and his gallery named in the lawsuit, Perrotinhad argued that the artist provided the intellectual property – and detailed instructions – to create the pieces. [The Art Newspaper]

Writer Franz Lidz has a deep dive on a renegade plan to make 3D machined copies of the so-called Elgin marbles. Not everyone is happy with the effort. [The New York Times]

An abundance of artist profiles today: Paul Mpagi Sepuya is in Cultivated, Marco Fusinato is in the FinancialTimesand Christine Sun-Kim is in the New York Times.

IN THE DRIVER’S SEAT. The ultra-limited series of 99 cars from the BMW this Jeff Koon designed sold instantly, but in Top of the line magazine, Jason Barlow had the chance to take a ride in a – with Koons himself. Naturally, the highly cited artist had quite a bit to say about the project. “I don’t see any difference between creating the car and creating a new piece of work,” Koons said. “It’s an opportunity to have a conversation about feelings, sensations, about the permanence of certain things and the fragility of others. I can’t wait to drive mine, but if anyone out of the 99 can it would be nice. If that’s what excites them. [Top Gear]

A Different Rockwell: Painter and Translator Daisy Rockwell Charts Her Own Path | arts and culture