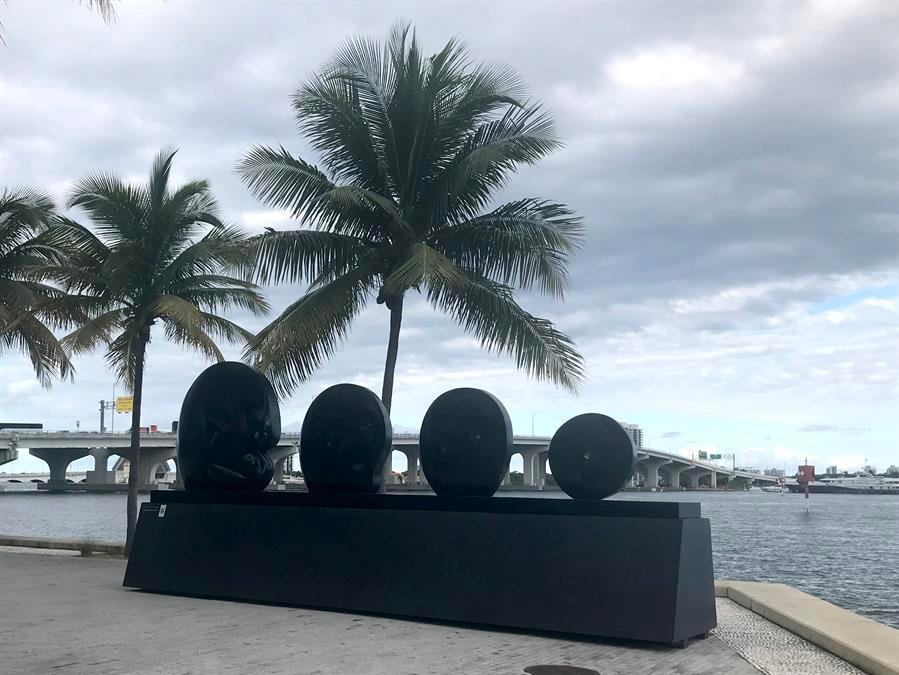 miami police are looking for the perpetrator of the vandalism of four large sculptures by Costa Rican artist Jorge Jimenez Deredia displayed in a park and a $25,000 reward is being offered to anyone who helps capture him.

“They can’t override the efforts of an artist and the city of Miami,” Jimenez Deredia told EFE on Wednesday by phone from Costa Rica.

Four of the 14 sculptural groups in the “A Bridge of Light” exhibition, which opened last month at Maurice A. Ferrer Park, were covered in graffiti last Thursday evening.

The vandalized works were restored a few hours later, after the police took samples of the fingerprints found, to begin the investigation.

Officials in Bayfront, the Miami neighborhood where Maurice A. Ferré Park is located, have offered a $25,000 reward to the author or authors of the graffiti, which police say bears the mark of a graffiti artist , so they’re hoping someone knows who it is and reports it.

The Costa Rican sculptor told EFE it was a “pure act of vandalism” which caused him “a lot of disappointment” because he didn’t expect something like this to happen and in reference to the author stated that there are other ways of expressing oneself when one wants to say something and it is not acceptable to “go over the head of an artist”.

Jiménez Deredia, the first Latin American artist to place one of his works in St. Peter’s Basilica in the Vatican, resides in Costa Rica and Italy and is recognized for his ability to fuse the classical sculptural tradition with elements of Mesoamerican culture. , such as the spheres of the Boruca people.

The “A bridge of light” exhibition opened its doors on October 12 and will remain at Parc Maurice A. Ferrer until March 31, 2023.