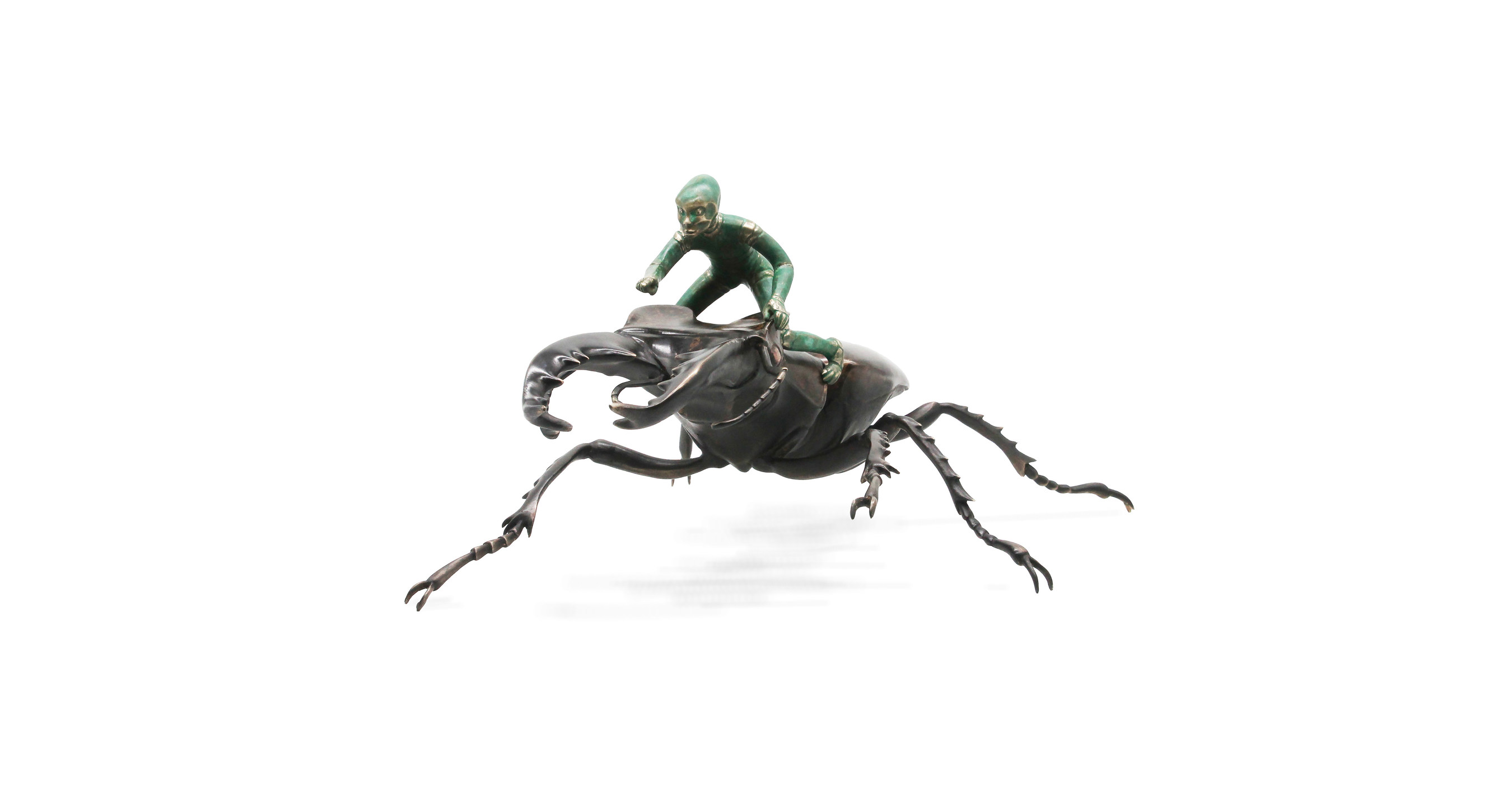 Pierce was born in England, left school at 16 and trained as a wood carver where he learned to carve quickly and in 3 dimensions. Leaving England in 1980, he moved to Los Angeles with his wife, Anne and together they created creative collections of furniture and door hardware. In this new collection of large beetles, wasps and crickets, the scale of its insects and humans has been reversed. According to Pierce, “the inverted scale from humans to insects, along with other interspecies variation, has effectively removed the physical basis for one species to dominate and exploit another.” What began in his earliest wooden sculptures as a way to show the mechanical beauty of smaller life forms evolved in bronze into a fictional representation of insects and humans performing tasks together and even competing in the annual insect race. Martin Pierce collaborates with his wife and together they write a story that explains the attributes of each species and how they interact. Currently, they set the rules for the annual insect race. The first rule prohibits air travel, so all creatures must compete by jumping, walking, or crawling. As Anne Pierce explains the outline of the annual insect race “different species of insects are obviously not allowed to be aggressive or predatory and while hornets and wasps have historically preyed on beetles, the Herbivy treaty signed in 505 held good for centuries, allowing these species to co-exist”. It’s clear that both Pierces approach their subject with humor, but as Anne points out, “the script also helps us to visualize how the insects can be articulated, for example Martin will sculpt the beetle’s 6 legs in different raised and bent to represent a piece running, versus flying, or fighting with a rival”.