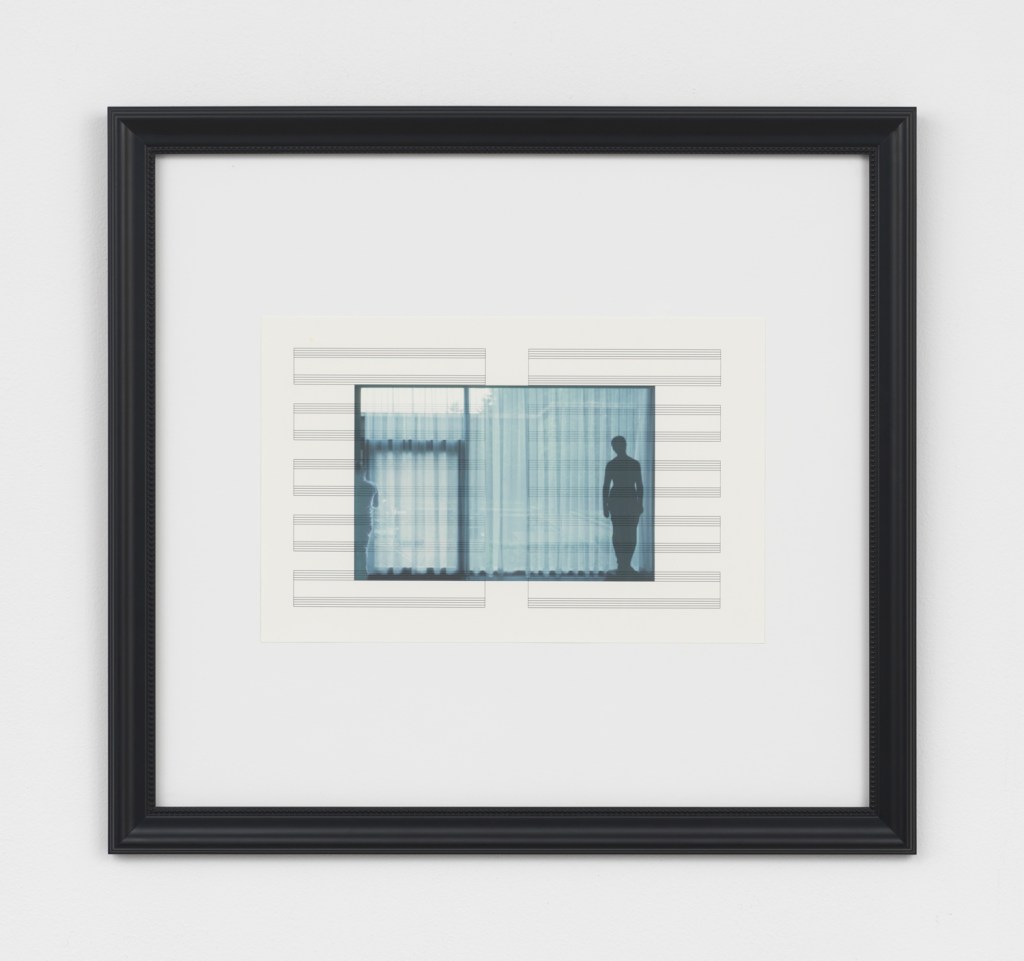 The relationship between writers and artists tends to be one-sided. Artists do, writers criticize. But in gold guarda new book by artist Barbara Bloom and poet/novelist Ben Lerner, response and creation are a simultaneous collaborative process.

gold guard is light; it’s no gargantuan coffee table book, but it’s no thin novel either. It is composed of a series of 13 prose poems by Lerner, which are framed and partially inspired by Bloom’s photographs, which in turn were extracted and collected in response to Lerner’s texts. Bloom’s photographs from the book were exhibited at the David Lewis Gallery’s East Hampton post earlier in July.

This isn’t the first time Lerner has collaborated with an artist in a similar call-and-response mode. In The Polish Rider (2018) which he made with artist Anna Ostoya, Lerner runs a fiction about Ostoya and a night she lost two of her paintings. Interspersed with the short story is the series of paintings that originally inspired Lerner’s fiction, and to top it off, Ostoya made a new painting that responded to the project itself.

In gold guardthe collaboration seems to be more than a response, but a co-creation.

In an interview with Barbara Bloom and Ben Lerner, the pair discuss the intricacies of their collaboration, the themes that inspire them, and the stories that led gold guard live.

ARTnews: How did this collaboration come about?

Barbara Bloom: Incrementally. Ben and I had an appreciation for each other’s work and shared friends and that mutual appreciation was communicated. We exchanged a little by email. I was asked to do a fairly large collaborative project and I asked Ben if he would agree to work with me. Like many things that were planned before the pandemic, the project simply fizzled out, it didn’t actually happen. So we found ourselves thinking about a project and it was Ben who suggested that we could just keep working, but in book form.

Ben Lener: The move from real space to the weird kind of virtual space of a book felt like a good opportunity, not only to continue working in the pandemic, but that in itself was a moment of reframing which is a shared concern of both of ours and as a constant point of contact. I think that process is actually quite relevant to the substance of the work and Barbara’s work more specifically.

ARTnews: It seems that writers always have a lot to say about artists and art, that is, there is a kind of one-way relationship between writers and artists. I was wondering for you, Barbara, what can artists gain from responding to writing and writers?

Working with Ben, I was a student of writing in a way, a student of the difference between working as I work in the visual world and in the writing world. But my goal in this project was not to illustrate Ben’s text. My goal was to try to formally understand what Ben was doing in these texts, and to give a kind of visual equivalent, which is different from illustrating them.

Ben was throwing these texts at me that were somehow more or less related to my works and then I was sending back images that went with them and sometimes I was sending stuff to Ben and he was like “You’re gone, you” I focused on one aspect of this that is probably less important than anything else.

ARTnews: What was the process?

Lerner: There were all sorts of starting points for me. Barbara had a work made up of these details from Vermeer, and I wondered what it would mean to do a poem made up of details, but from a catalog. La Perle has become a response to the language of art catalogues. It’s all these different descriptions of women in artwork and that’s where I got almost all of the language which I then tweaked a bit. It also has to do with Barbara’s work, which is found and altered so that the boundary between the found and the original blurs. So that’s an example of a formal procedure, sometimes [the connection between the text and the art work] was it direct.

But sometimes we would have a conversation about his father or we would talk about a phone call and I would relate that to abstract concerns like the concern about the abstraction itself. Our approach was not a mere procedure, it was informed by the contingencies of conversation which were then caught up in the more abstract machinery of the poems.

Bloom: There is a point where the work itself kind of takes over, there are certain topics that you are not really aware of, but which become central. Ben and I were joking that he’s become so Jewish. And we’re very secular, he’s from Kansas and I’m from California and my family has no connection to the Holocaust. But all of a sudden, there’s all this text and conversation about Jewish fathers and traditions.

Lerner: One of the themes is reframing, what happens when an intergenerational story turns out to be untrue, and suddenly that thing that you lived as fact turns out to be fiction and your life is somehow rearranged by this revelation?

Bloom: I want to describe what a Talmudic text is. It is a text rectangle. And then around this text is the written response to the text, a year or a few years later, or hundreds of years later. And these answers are the frames of the text, in fact composed on the page framing the text. It’s visually one of the most remarkable typographical things you’ve ever seen. It is a literal framing of ideas. When someone first described it to me, I thought, “Oh my god, this is exactly what a book or text or piece of art should be.” Wouldn’t it be wonderful if you made a piece of art in 1999 and later framed it with another piece of art you made?

Lerner: The Talmudic text is a kind of example of collaboration as a visual object and a textual object that unfolds through time. It’s somewhat comical, in a way, that authority over time empties and fills.

Speaking of reframing: one of these prose poems is about a woman who learns that all those sayings from her father, which she thought were Ukrainian Jewish folk scenes, turned out to be just crap. he had invented. Should we talk about Caspar Rappaport?

Bloom: The book is therefore dedicated to Caspar Rappport. This story came up in one of our conversations about fathers and false authority. I told Ben this story my dad used to tell me and my sisters out of nowhere. He said, “If I don’t come home from work, you’re going to hear stories about me and it’s going to be an illusion. At the Santa Monica Pier, and there will be red herrings. It looks like I jumped off the dock, but I actually have a car waiting for me and I drove all night and all day, all day and all night, to Tucumcari, New- Mexico. I changed my name to Casper Rappaport. I sell life insurance. We didn’t know what he was talking about, that it was his exit from being a father in the 50s with three children. It wasn’t the least bit scary or disconcerting or anything about it. He had just told us this funny story about an alternate reality where he lived in Tucumcari, New Mexico and changed his name to Casper Rapoport.

Lerner: Wasn’t there more, didn’t you learn later where he got the story from?

Bloom: No … actually, yes. We were in Egypt in a hotel and my sisters and I were in my parents’ room where they were getting ready to go to dinner. The black and white TV is on and the Billy Wilder movie The apartment is on, and every line of this movie is my dad’s whole shtick. I asked him the question and he replied: “What, you didn’t know?”

ARTnews: Were there any textual predecessors that inspired gold guard? Something that helped guide the format?

Lerner: We didn’t want it to be giant and weigh 1,000 pounds. Its form had to be cutting edge for reading and viewing, both things had to be possible, but also for it to unfold in time as a lot of art books don’t really feel like they unfold in time in the same way because they are so monumental. I think we invented something.

Bloom: We don’t even remember what we steal.