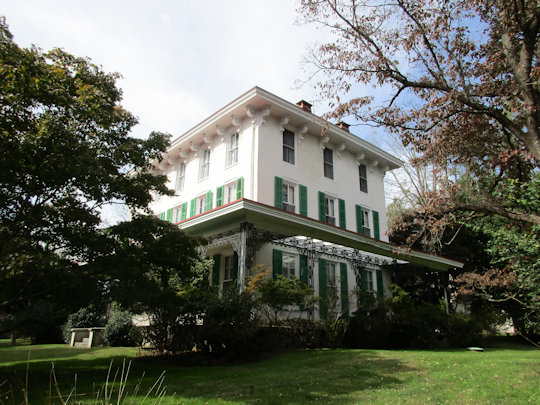 The madness of the painter, Chadds Ford

This is the second part of a series that follows the restoration, updating and conversion of Painter’s Folly at Chadds Ford into a space celebrating both the past and the future of art in the valley. of Brandywine. Each article will explore a different aspect of the place and the renovation process, from its history to its use as artistic inspiration to its new destination.

When Samuel Painter began work on his Italian-style home in Chadds Ford, Pennsylvania, neighbors laughed at the unusual architectural style. It certainly stood out amongst the barns and stone farmhouses dotted around the local countryside. He became so well known by the mocking name “Painter’s Folly” that the title lasted 165 years. These neighbors never imagined that the house would not only be considered an architectural treasure, but would become known for the many painters it housed, comforted and inspired.

In 1900, Howard Pyle had been working professionally as an illustrator for over two decades. His works have been regularly seen in magazines such as Scribner’s Monthly and Harper’s Weekly. After a few years of steady work in New York, where he was encouraged by other working artists, he returned to his hometown of Wilmington, Delaware in 1880. From there he continued to illustrate series for magazines and collaborated on books, including The Merry Adventures of Robin Hoodone of his most famous works.

After spending most of the 1890s teaching illustration at the Drexel Institute in Philadelphia, while continuing to work as an illustrator on his own, Pyle sought new inspiration. He turned to the rolling hills of the Brandywine Valley and chose Painter’s Folly as his summer residence, as well as a place to instruct artists in his “Brandywine School”. Ten of his most promising Drexel students were invited for summers and awarded scholarships to cover tuition, board and lodging. 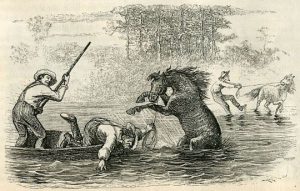 Pyle and his family lived in the house, also known as the “Big White House”. The students stayed at two farms on what is now Brandywine Battlefield State Park. The men stayed in the Ring House, originally owned by local mill owner and Quaker farmer Benjamin Ring, which became Washington’s headquarters during the Battle of Brandywine. The students stayed in the Gilpin House, which was originally owned by Quaker farmer Gideon Gilpin. After the war, Gilpin ran a tavern out of the house, much of the farm having been devastated by battle or looted by soldiers afterwards. It was called Lafayette’s headquarters, although there have recently been discussions about whether Lafayette had ever used the place as his headquarters during the war. It appears he remained in the house, as he returned decades later to thank Gilpin for his hospitality during the battle.

The actual Brandywine School was steps away, but today would include a quick and careful crossing of the busy Route 1/Baltimore Pike. Turner’s Mill was an old flour mill which, at the time Pyle rented it, was no longer in use. Its ivy-covered walls offered a pastoral beauty to the students, many of whom came from the city. Although the official title was “The Drexel Institute Summer School of Illustration”, most knew it as “Chadds Ford School” or “Brandywine School”. 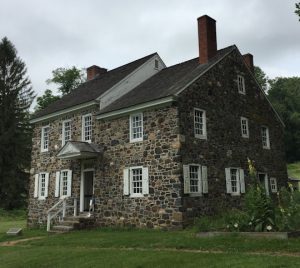 Pyle took over the top floor for his own studio, while the students worked on the first. Turner’s Mill was a very different place than most students were used to. On sunny days, they took out their easels and worked in the sun, creating beautiful outdoor landscapes. Pyle imposed a rigid painting schedule of 8 a.m. to 5 p.m. However, once the day was over, the students were often seen cycling along country lanes, playing in the grounds of the old mill or exploring the countryside.

More was happening as Pyle and his students at the Brandywine School painted, illustrated and collaborated, creating what would live on as the tradition of Brandywine art. This, however, will be included in the next part of this series.

Victoria Rose (her) is an editor, writer, avid reader, self-proclaimed geek, and fan of all things creative. Her passion for words has led her to her current career as a freelance writer and she owns Flickering Words, a publishing service. When she’s not wielding a red pen (or cursor), she loves reading books of all genres, playing video, board and word games, creating silly creations to show off on the internet, or enjoying the beautiful nature. . She is a board member of the West Chester Film Festival and part of the Thirsty Monsters, a team of streamers from around the world who raise money for various charities supporting LGBTQIA+ rights and accessibility. It can be found online @WordsFlickering or the Brandywine Art Guide @BrandywineArtGuide.

Who is Zanna? A Mysterious Painter Baffles the North Port Neighborhood