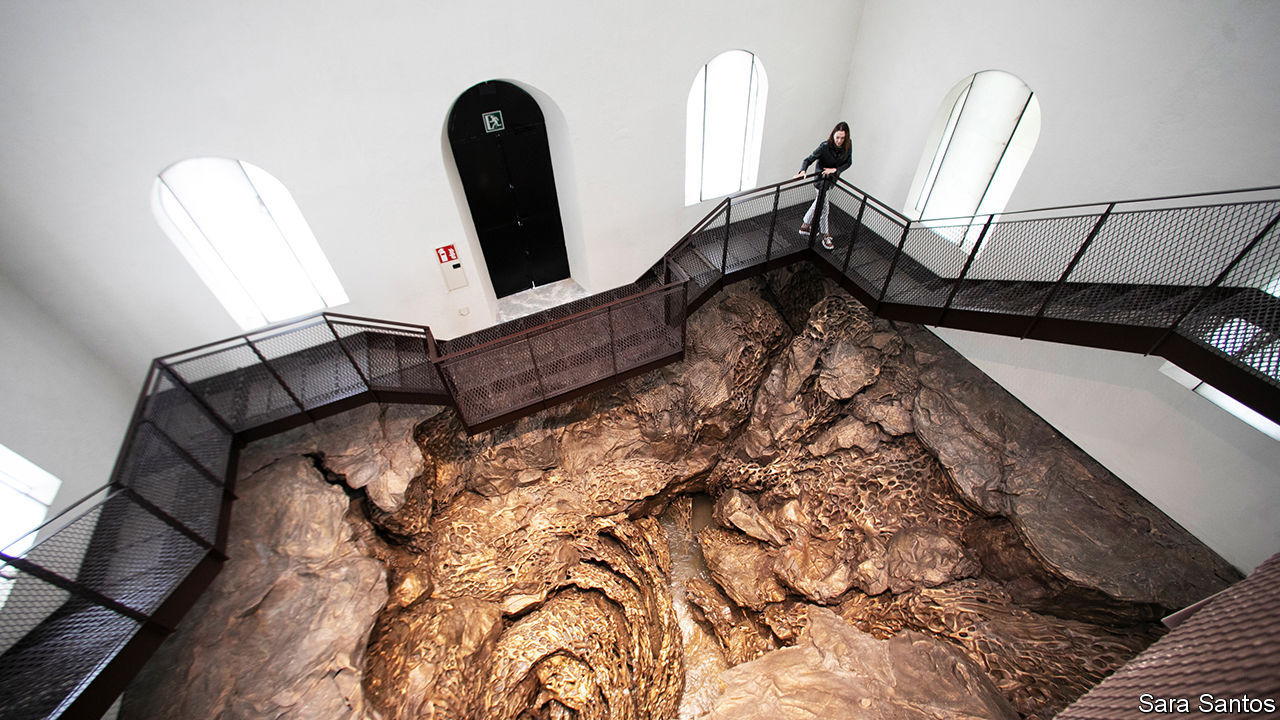 ONA ROCKY outcrop overlooking a Norwegian fjord, she created a wall of aluminum foil, making each of their slightly curved shapes distinct. At the open-air sculpture park of the Inhotim Museum in southern Brazil, she built a magical maze lined with replicas of vegetation. In Baja California, she fashioned a delicate sculptural monument that sits at the bottom of the ocean, 14 meters below the surface. The fish swim in and out of the lettering she carved through the reinforced concrete. The only way to see the work, a tribute to marine preservation, is to go scuba diving.

Enjoy more audio and podcasts on ios or Android.

Much of Cristina Iglesias’ art has been commissioned as public monuments for specific sites. She spends months, sometimes years, polishing the individual character of each piece, but they are all linked. It is often inspired by the fragile relationship between humanity and the natural world. It mixes the real with the imagined, the seen with the memory. Typically, it took her a while to decide what she wanted to do for her seaside hometown, which she left at 18 but never forgot.

The city of San SebastiÃ¡n in the Basque Country of Spain had asked him on several occasions for a sculpture; the initial request came in 1998, when Ms. Iglesias organized an exhibition at the nearby Guggenheim Bilbao. Realizing that San Sebastian already had monumental pieces by Jorge Oteiza and Eduardo Chillida, two Basque masters of the 20th century, as well as many religious statues that stand in the hills overlooking the Atlantic Ocean, she wanted to do something different .

And then it came to him. In the middle of the bay, around which San Sebastian runs along the ocean, is a small island called Santa Clara. Just a few hundred yards from the shore, it is nonetheless removed from the daily rhythms of the city, observes James Lingwood, a long-time collaborator of Ms. Iglesias d’Artangel, an art-promoting charity. It used to be that plague victims were taken to die. Over the decades, a small lighthouse has given both a warning and a welcome.

As a child, Mrs. Iglesias watched him as she fished from the mainland. â€œSanta Clara has always been part of the landscape for us,â€ she says; at 16, she swam to the island with her brothers. But none of them had ever been inside the lighthouse. Creating a work of art in the building, which had been abandoned since the mid-1960s, would, she decided, be her gift to the city.

The trip there is part of the experience. Visitors board a small boat to cross the glassy sea. The cries of seagulls fill the air. A narrow stone track winds up the hill, surrounded on both sides by ash trees, laurels, tamarisks and Japanese pittosporum. It is only when reaching the clearing near the summit that one sees the square lighthouse which has guarded the bay since the middle of the 19th century. When you open the door you are faced with the creation of Ms. Iglesias.

Creatures of the Deep

After that, it’s hard to look away. From a narrow platform just inside the entrance, you gaze at wavy ground, cast in bronze but with the shape and texture of rock. Every few minutes, the sea rushes in, throwing spray in the air before retreating into the depths. There is something fascinating about watching the water emerge, recede and return, a sensation heightened by the changing sight and sound of the sculpture as you follow the platform that winds along the interior wall to consider it. from new angles.

Learning how the extraordinary work was produced strengthens its theatrical power. Ms Iglesias’ team dug a nine-meter hole in the rock under the lighthouse, then installed a hydraulic system through which the spray is pumped onto the bronze rock. The soil itself, curved to carry the eroded layers of sediment that emerge from the sea around the island – “the shores of the Earth”, as Ms. Iglesias calls them – was sunk in a foundry and slowly put into place. by winch from a helicopter. It was “one of the biggest challenges of my career,” explains Hugo Corres, the structural engineer behind the project.

The result is the feeling that something, or everything, is swallowed up and carried away into a void. It echoes the human peril in the story of Jonah and the Whale, while also alluding to the vulnerability of marine animals. Ms. Iglesias wanted the sculpture to have a name that would bring out what Mr. Lingwood calls his â€œdark enchantmentâ€. She called on BeÃ±at Sarasola, a young poet who, with the help of an etymological dictionary, discovered an old Basque word that he did not know before: “Hondalea”, which roughly translates to “sea abyss. “. “As soon as I heard it,” said the artist, “I knew it was perfect.”

Among her muses is Rachel Carson, an influential American environmentalist who has called the seaside a “place of turmoil.” Carson’s book, “The Rocky Coast,” which Ms. Iglesias read and reread while working on “Hondalea,” ends with the writer standing on a rock, thinking of where the deep time of the geology meets the bi-daily movement of the tides, advancing and retreating, covering and revealing. Mrs. Iglesias sculpture captures the same state of mind of transience and eternity, peril and doom. It captures your senses on the island and, back on the mainland, swirls and swells in your memory. â–

The stories behind 6 bizarre sculptures dotted around Nottingham