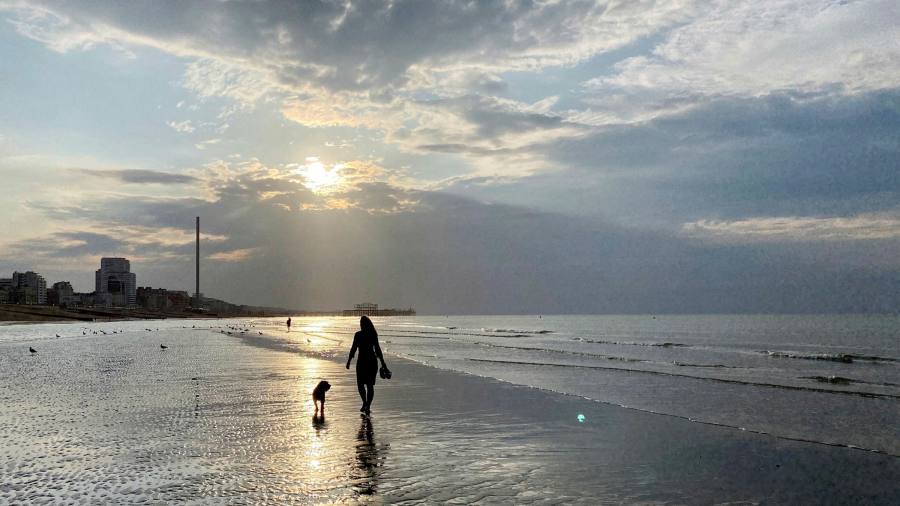 Companion Piece by Ali Smith – a writer for all seasons

Since 2016, Ali Smith’s fiction has documented a recent segment of the early 21st century fractured with humor and the slightly worn intellectual righteousness that characterizes all of his work. As an award-winning short story writer, novelist and essayist, she is known for her nimble and lively prose. Scottish-born Smith said of his approach, “I feel like all stories travel with an understory,” and that sense of synchronicity, revelation and transformation, is at the core. heart of the four volumes known as the Seasonal Quartet. Written to the beat, but never shy away from a broader and resilient scope, the series began with Autumnand continued with two more volumes – Winter and Spring — before concluding in 2021 with summer.

The quartet is, to use the somewhat grandiose term, a “state of the nation” project, but Smith’s earnest intentions never dilute its playful ingenuity. Its form is like a singspiel, with overlapping stories and stories, and, as with the seasons, elements from one book frequently recur in another. Some characters die and walk away, others return – like Daniel, the old man originally introduced in Autumnwhose memories of a traumatic episode from her past resurface to reflect the present in summer. Fusing polemic, poetry and dissertations on nature and the arts, Smith creates a framework to unpack some of the most critical themes of our time: Brexit, the tragedy of the war-displaced, fake news, climate issues and, in summerthe Covid-19 pandemic.

side piece is best experienced as a coda to the Seasonal Quartet, but it can also be read as a standalone book. The title is Vintage Smith, whose love of double meanings and wordplay runs wild throughout the novel. It serves as a bifurcation – of structure, etymology, sexuality, gender, and citizenship – reminiscent of Smith’s 2014 Two-Handed novel. How to be both a dual narrative featuring the interrelated stories of a troubled teenager and a 15th-century Italian Renaissance fresco painter.

At the heart of side piece is a loner, Sandy, a woman whose father is sick, whom she cannot properly visit in hospital due to Covid restrictions. The troubling early months of the pandemic seem over, replaced by the familiar regularity of testing, the boredom of confinement, the exhaustion of medical staff. Smith’s timing is deliberately vague, underscoring the monotony of much of pandemic life. It’s in this place of boredom and inertia that Sandy is stuck: “I didn’t care about the season. I didn’t even care what day of the week. Everything was mulch for me at that time. She takes care of her father’s former dog, her main companion, and now hers.

Smith is a celebrator of paradox, the cyclical nature of death and birth, endings and beginnings

A Painter – each Seasonal Quartet novel focuses on a well-known female artist; now that the artist is the central character – Sandy incorporates poems on colored canvases, but not for money; his other work consisted of a series of low-paying jobs. Sandy’s art, as interpreted by her father, is a hopeless endeavour: “all that learning, and all you’ve done with it, is to do a lifetime’s work of painting the most on top of each other so no one can even read them.” In Sandy’s response, Smith subtly takes aim at the commercialization of culture: “Money is not my motivation . . . It’s a discipline,” a concern that is also addressed in titles throughout the narrative, such as “Surface v Depth” and “True v False”.

Into this loneliness erupts Martina, a half-remembered figure from Sandy’s past, an acquaintance from college days, who, in a random phone call, tells Sandy about a particular visit she experienced while she was arbitrarily detained at customs. It’s a typical Smith scenario: abrupt interruptions, layering of the past on the present, debates around nationality (“Isn’t one country enough for you?” a manager asks Martina when he sees that she has the dual nationality, before confining her to a bedroom) and a sudden descent into a different time and place. It can be hard to keep up, but rest assured that Smith is a trustworthy, albeit mischievous, guide.

Martina is an assistant curator and accompanied a precious artefact from Europe to the museum where she works. His visit (which Sandy will also know about later) takes the form of utterances muffled through a wall by an obscure, historic, and iconic figure. This figure moves in and out of the main narrative, until it is suddenly thrown into stark relief in one of the book’s most heartbreaking passages.

A parallel story unfolds of a young medieval woman, a gifted apprentice blacksmith, who lost both her own mother and her employer, a female blacksmith, to a plague. The girl’s companion is a partially tamed curlew, a bird that is now endangered, as is the girl’s profession. Homelessness and the concept of what makes a family are drawn into urgent reckoning by Covid restrictions and limitations, as Martina’s troubled teenage twins make history. It seems like one plot too many, though the pair fill the younger generational role.

Just as the Seasonal Quartet is peppered with quotes from particular poets and writers (from Shakespeare to Rilke and Katherine Mansfield), the positives and negatives that balance each other side piece are evoked through Dylan Thomas, the poet of assonance and resurgence; and John Keats’ extraordinary will to live in art if not in corporeity. There’s also more than a hint that Sandy has entered Dante’s dark wood of middle age, confusion and loss. In one chapter, Smith deconstructs ee cummings’ poem “begin, hesitate, stop” almost conversationally, while making a pertinent observation about the creators of artistic works who often fail as human beings.

Smith is a celebrator of paradox, of the cyclical nature of death and birth, of endings and beginnings. As the book draws to a close, Sandy moves away from long, convoluted musings and into brief statements: “I sat on a dead felled alive tree of ivy.” “Light and darkness took turns.”

The danger with a topical work like this – written throughout a grueling second year of the pandemic – is that at the time of its publication it has to some extent been hijacked by an onslaught of current events. – in this case, the crushing crisis of war and destruction in Ukraine. Yet the implicit and explicit messages that Smith delivers through side piece, as with the Seasonal Quartet, are that interconnectedness and community can triumph over disaffection and disconnection. These are themes that do not date; a reminder in perilous times of the need for Smith’s wise, humane and generous voice – and the angry consolation his work provides.

Review: The Blue Book – A Writer’s Journal by Amitava Kumar