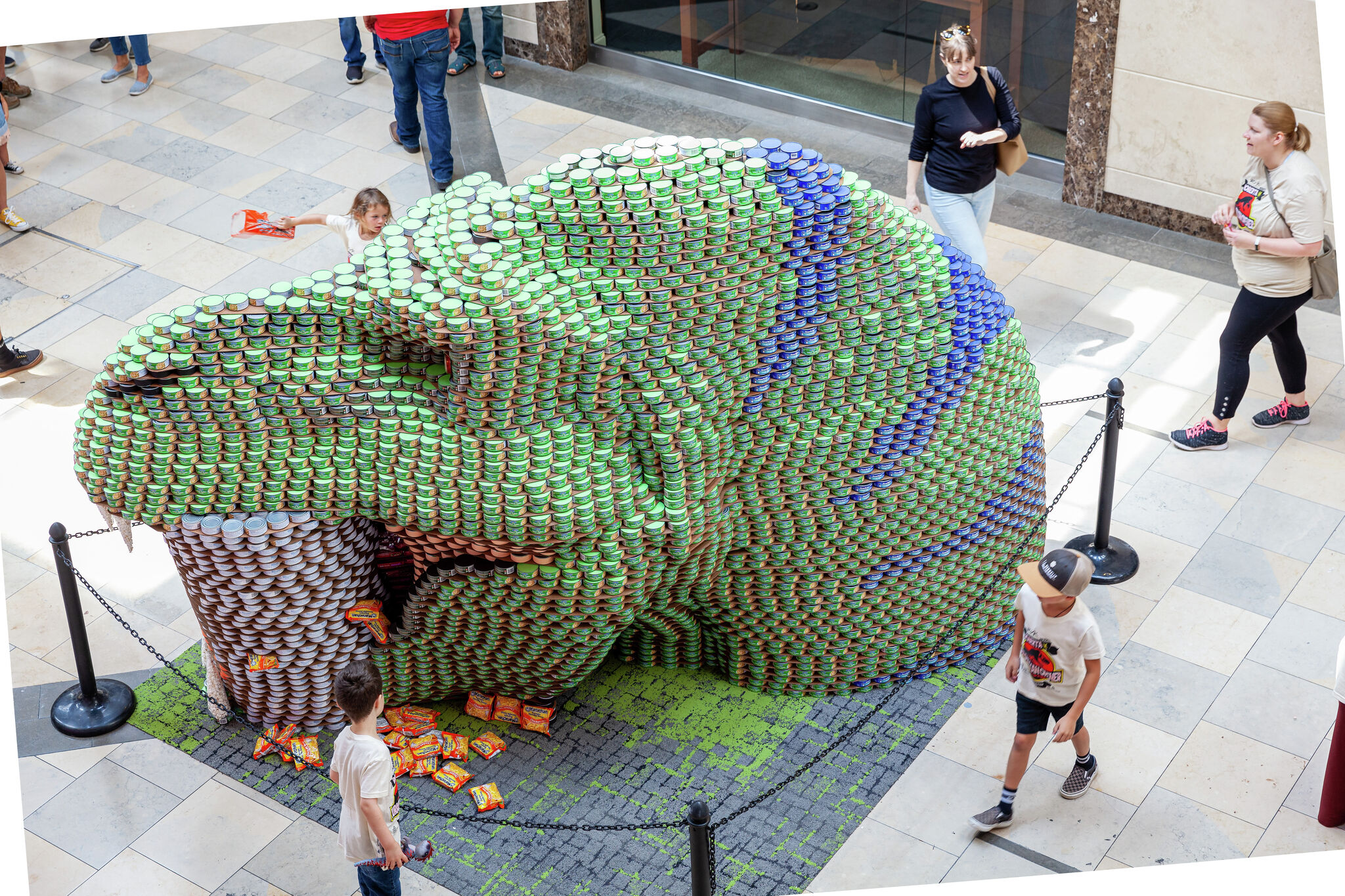 More than 18,000 cans of non-perishable food items will soon be delivered to the San Antonio Food Bank to help feed food insecure people throughout San Antonio and Southwest Texas. But first, they will delight visitors to the North Star Mall, where they will compete in the 15th Annual Canstruction Design and Build Competition.

Canstruction challenges teams of architects, engineers and contractors to help raise awareness and donate to the food bank by creating whimsical, oversized structures using boxes of fruits, vegetables, peanut butter, pasta, tuna and other foods. The seven sculptures, on display at the mall through Sept. 24, depict, among other subjects: the Alamo at sunset, a dinosaur munching on a large tin can, and a character inspired by a horror-based musical. of plants.

The exhibit is back at the mall after a two-year absence due to the pandemic.

Canstruction also aims to raise awareness that one in four children and one in five adults in the community are at risk of food insecurity, meaning they don’t have enough food to stave off hunger, due to lack of money or other resources.

The sculptures, made up of thousands of cans each, were built over the weekend and judged on Monday, with prizes awarded in categories including best use of labels, structural integrity, best original design, most cans and the best use of orange, the color that represents September as Hunger Action Month.

A partnership between RVK Architecture, Lundy & Franke Engineering and FA Nunnelly won the Most Can and Best Original Design awards for their Roberta the Jurassic CAN Opener project. Inspired by the Jurassic Park films, the sculpture features a dinosaur made from green and blue cans of tuna and salmon biting into a large can made up of many small cans of anchovies.

“The theme is ‘Inaugurating a world without hunger'”, according to team captain Rodrigo Rivera, architect at RVK.

In the 14 years that Canstruction has taken place, over 500,000 pounds of food have been donated to the food bank.