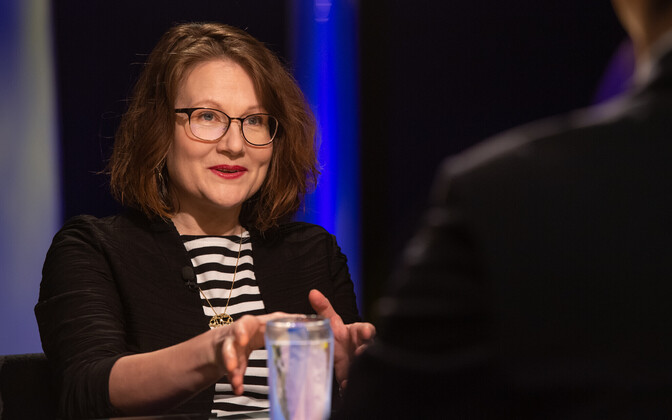 Deputy head of the Estonian delegation to the Baltic Assembly, Sven Sester, said that “the Pacific Ocean” is a novel of our region in the direct sense of the word, since its activities take place in Tallinn, Riga and Saint -Petersburg.

Baltic people whose memories date back to the restoration of the independence of the Baltic States can also find many things they remember in the book.

“In addition to telling the love stories of three women and the stories of three cities, it is also the story of the secrets of the time and of not daring to speak, of trying to establish the boundaries between the silence and lies, to show how the effects of lack of freedom of expression and taboos can run. At the same time, the novel is not depressing because Kai Aareleid brought out the beauty of these gray times ” , added Sester, and expressed the hope that the book will soon be translated into Latvian and Lithuanian.

The Baltic Assembly Prize in the Arts was awarded to Lithuanian painter Šarunas Sauka.

While the science prize was awarded to Latvian historians Gustavs Strenga, Andris Levāns, Renāte Berga and Laura Kreigere-Liepina for their monograph on the 16th and 17th century manuscripts of the Jesuit College of Riga.

This award ceremony will take place on October 28 in Riga, Latvia.

The Baltic Assembly has been awarding prizes in the fields of literature, arts and sciences since 1994. The objective of these awards is to promote the outstanding achievements of the Baltic States.

Could this outback mystery be our next Aussie classic?

Who is Shehan Karunatilaka, the writer whose novel “The Seven Moons of Maali Almeida” received the 2022 Booker Prize?