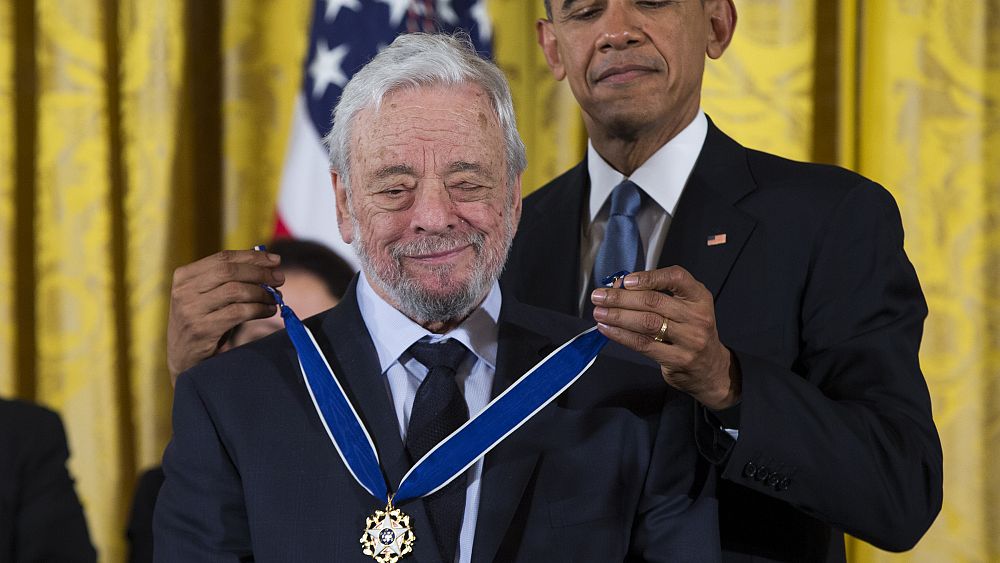 Stephen Sondheim, the songwriter who reshaped American musical theater in the second half of the 20th century with his clever, complex rhyming lyrics, use of evocative melodies, and willingness to tackle unusual subjects, has passed away. He was 91 years old.

Sondheim influenced several generations of theatrical songwriters, especially with landmark musicals such as “Company”, “Follies” and “Sweeney Todd” which are considered among his best works. His most famous ballad, “Send in the Clowns”, has been recorded hundreds of times, including by Frank Sinatra and Judy Collins.

The artist refused to repeat himself, drawing inspiration for his shows from subjects as diverse as a film by Ingmar Bergman (“A Little Night Music”), the opening of Japan to the west (“Pacific Overtures “), The French painter Georges Seurat (” Sunday in the Park With George “), Grimm’s fairy tales (” Into the Woods “) and even the killers of American presidents (” Assassins “), among others.

Aaron Tveit wrote: “We are so lucky to have what you have given to the world.”

Actor and singer David Thaxton, who won Best Actor in a Musical (2011) for Sondheim’s Passion at London’s Donmar Warehouse, told Euronews that Sondheim was “the most normal person in the room. Charming , funny, warm. And the most openly emotional person. I have ever met. “

“You know these things will happen eventually,” the actor said right after hearing the news, “but it’s shocking how sad it is when they happen. Steve Sondheim was my hero. He was our Shakespeare. . The greatest performer of his art there ever was and a true liferaft for me during a very difficult time. Working with him and getting to know him has been the greatest honor of my career. I will never forget him never, nor him. “

Six of Sondheim’s musicals won Tony Awards for Best Sheet Music, and he also received a Pulitzer Prize (“Sunday in the Park”), an Academy Award (for the song “Sooner or Later” from the movie “Dick Tracy “), five Prizes and the Presidential Medal of Honor. In 2008 he received a Tony Award for Lifetime Achievement.

It was “Company”, which opened on Broadway in April 1970, that cemented Sondheim’s reputation. The episodic adventures of a bachelor (played by Dean Jones) unable to engage in a relationship have been hailed as capturing the obsessive nature of selfish and self-centered New Yorkers. The show, produced and directed by Hal Prince, earned Sondheim their first highest-scoring Tony. “The Ladies Who Lunch” has become a standard for Elaine Stritch.

In September 2010, the Henry Miller Theater was renamed the Stephen Sondheim Theater. “I am deeply embarrassed. I’m delighted, but deeply embarrassed, ”he said as the sun fell on dozens of applauding admirers in Times Square. Then he revealed his perfectionist side: “I’ve always hated my last name. It just doesn’t sing.