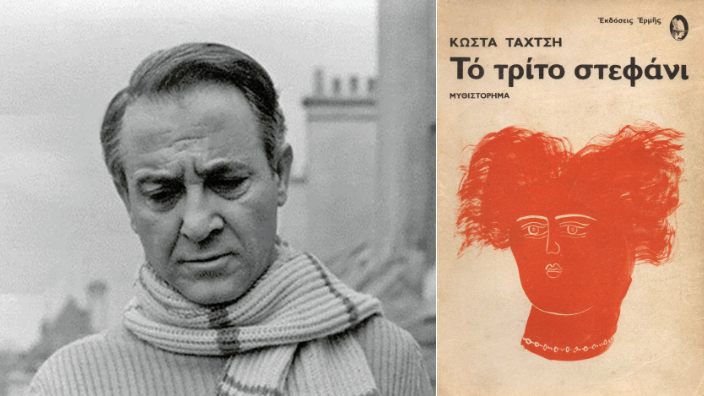 On this day in 1927, the Greek writer Costas Taktsis was born. Taktsis is described as a “landmark of post-war literature in Greece”. The Greek Herald looks back on his life.

Costas Taktsís’ father, Grigórios, and his mother Eli were from Eastern Rumelia, a region of Thrace which is now part of Bulgaria.

Costas was sent to Athens to live with his grandmother at the age of seven after his parents separated.

He graduated from high school and enrolled in Athens Law School, but never completed his studies.

In 1947, he was called up for military service, and in 1951 he was hired as assistant to the American director of the Louros dam project.

From 1954 to 1964, he traveled and lived in Australia where he befriended the Australian modernist painter Carl Plate.

He had brief stints as a tour guide, translator and writer upon his return to Greece in 1964.

He had several encounters with the police during the Junta period from 1967 to 1974.

Taktsis was a gay man who campaigned for gay rights and against community repression and marginalization. He incorporated the themes of homosexuality into his work.

He has to his credit thirteen literary works ranging from 1951 to 2002.

These include collections of poems and short stories, novels and an autobiography.

the most famous of which was Το τρίτο στεφάνι (“The Third Wedding Wreath”) which he wrote in part in Australia and published in 1962.

It was internationally acclaimed after being translated into French as The third ring by Jacques Lacarrière and published by Gallimard in 1967 then in English by John Chioles.

Many directors, including Michael Cacoyannis, tried unsuccessfully to adapt the book to the screen.

It was eventually adapted into a television series in 1995 on ANT1 TV, then as a four-hour play directed by Stamatis Fassoulis in 2009-10.

He met untimely death when he was strangled at his home in Kolono on August 27, 1988.

The crime has never been elucidated.

Writer of “Totems”, co-creator of the elaboration of a spy tale in the middle of a pandemic